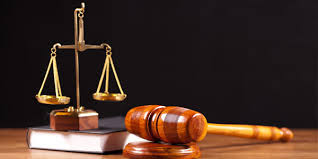 News that an insolvency law will soon be presented to Cabinet will be welcomed in business and legal circles in the UAE and beyond. The proposed legislation, drafted by the Minstry of Finance and approved this week by the Ministry of Justice, has certainly been a long time coming

As reporter John Everington noted in The National’s Business pages yesterday, most commercial lawyers recognise that the existing provisions concerning insolvency and bankruptcy are not fit for purpose in the 21st century. The lack of a clear pathway for businesses to trade out of insolvency, through internal reorganisation and the restructuring of debt, or to be wound-up quickly and efficiently has long been an impediment to doing business in the UAE. Often, the chief concern is that the operators of failed businesses can face strict penalties, including prison sentences.

As James Farn, the head of banking and finance at legal firm Hadef & Partners, has noted, the intention of the new law is “to help debtors overcome their difficulties, try to get away from the idea of punishment, and to put more emphasis on financial reorganisation”. At the same time, it should maximise the returns to creditors and, hopefully, minimise the amount of time the parties have to spend in court.

The announcement coincides with news that Abu Dhabi Global Market (ADGM), the body overseeing the capital’s new financial free zone, has signed a lease on premises on Al Maryah Island. While the zone will be governed by its own set of financial regulations, a national insolvency law will create greater confidence in everyone who wants to do business in the UAE. As the economy continues to diversify, this is essential for growth.

We have reached the stage where even an imperfect law is better than none at all. Amendments can fix flaws and make it more robust. We hope that the current draft will go before Cabinet within a few days, as government sources have predicted, and that the target of having the law in place in the first half of this year is met.